How to play Among Us. Detailed guide. 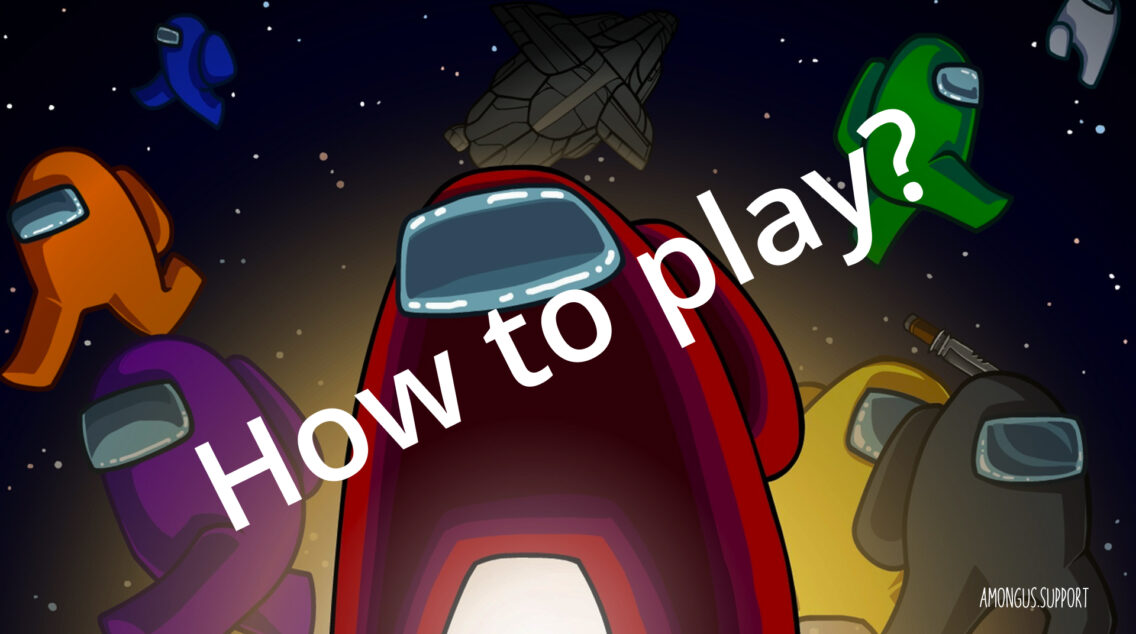 If you are still thinking – succumb to the Among Us hype or not, my article will help you with the choice after reading.
Among Us is based on teamwork. If you can work together, then victory is in your pocket. If not, this is a great reason to learn. In addition, you will need these skills not only to win rinks, but also in real life (yes, games can develop you as a person ).

The plot of the game

In the vastness of endless space, you travel with your team in a spaceship. Trapped in four walls for months, you have to be polite to each other and keep your current haven in good shape in order to return home successfully.

But, in addition to you, there is an alien entity on board, which is capable of accurately imitating the appearance and character of anyone. She is insatiable and ready to devour anyone who is left alone with her.

Before turning your back on your best friend, think carefully: maybe he’s gone for a long time?

If you stay on the alert and quickly determine which of you is a monster, save your own lives. Otherwise, you may by mistake throw an innocent person into open space.

Something very cunning – it can lie and expose others without remorse. Anything to kill you all.

Do not trust anyone…?

As with any good game, there are rules and training in Among As.
In the Rules section, the developers talk about the game, show the gameplay, controls and set goals for the Crew Member and the Traitor.

There are 2 classes in the game: Crew Member and Traitor (aka Imposter). When the map starts, these roles are randomly assigned.
The task of the Crew Member is to complete tasks related to the repair of the spaceship; Traitor – kill most of the team and not get caught red-handed.

If you happen to be a Crew Member, then be on the alert, Something is awake. Your responsibilities include:

elimination of various breakdowns and maintenance of the ship;
report on the found corpses of their team;
spying on the actions of other players;
making assumptions.

After death, you can continue to complete tasks in order to help others win, and write in the chat. But in the latter case, your messages will be seen only by the same as you – dead players.

If you are awarded the role of Imposter, you must:

Yes, being a Traitor is an art. You may not be afraid of death (unless your accomplice does a devilish scheme and kills you ), but a new fear arises – of being caught. Therefore, act quickly and without witnesses. And with a team of 10 people, this is by no means an easy task.

But the role of a team member is also quite complex. You need to stay in sight, while keeping track of others and completing tasks. Julius Caesar will envy you if you stay alive and reveal the liar.

You can play Among As from both your phone and your computer. In the first case, you can play for free, but in the second, you have to pay.

The mobile option is good because you can play wherever the Internet can catch. But if you are a clear hater of mobile gaming, then your option is the PC version.

Giving preference to your favorite smartphone, you will have 2 ways: control the on-screen joystick or navigate the map using endless taps on the screen. I will say right away that it is more convenient to run with a joystick. You will not get stuck and will be able to quickly reach the desired room, unlike the second method.

And if you are an adherent of large monitors, you will be given control of either a mouse or a mouse coupled with a keyboard. Personally, I am infuriated to constantly spam on the left button (just like in Dota), and I’m more used to going to WASD.

Free Run is a tutorial that helps you navigate any of the 3 currently available maps (the Skeld, Mirahq and Polus), and also tells you how to complete certain tasks correctly and quickly.
Yellow exclamation marks show the places on the map where you need to complete the task. Also, the list of works is displayed in the upper left corner.
Being in one or another room, you can always determine your location by the map or the inscription below. In the immediate vicinity of active tasks, the places where work needs to be done are highlighted in yellow. All tasks are quite logical and easy to complete.
In the case when you want to express your guess or know exactly who the Imposter is, run into the room where your entire team appeared at the very beginning. For the Skeld and Mirahq, the red emergency meeting button is in the Dining Room, and for Polus, it is in the Office.
Then a window with voting will appear, where you can inspect the name and color of all players, as well as vote for any living crew member (even for yourself) or skip the vote on the Skip voite button.
By clicking on the dialog box in the upper right, a chat will open, where you can describe all the collected evidence and chat with teammates.
By the way, there is a “kick” icon under the dialog button. Clicking on it will open a menu where you can kick or ban any available player. But only on condition that you are the creator of the room.
After voting, the scene with the voting results will be loaded. If someone one of the team gets more than 2 votes, unlike the others, then he will go to conquer space. If it was not possible to make a single decision, or the majority missed the vote, then everyone will remain on board.
Important note: if you are dead, you will not be able to vote

Playing as the Imposter

How do you know that you are an Imposter? It’s very simple, before loading the map, you will see yourself on a red background. And during the game, your nickname will be highlighted in red.
Also, like the Crew Member, in the upper right corner and on the map you will have tasks highlighted. But you will not be able to complete them, since your task is to kill most of the team. You need these tasks to distract attention. All you have to do is run to the place of execution and just stand there, creating the appearance of work.

The Traitor has a Sabotage button. By clicking on it, you can see places on the map that can be sabotaged, that is, broken. If the Crew members cannot fix the breakdown in time, then the victory will be yours.
Also with the help of this card you can block doors in certain rooms. This will help you quietly kill a lagging team member or lock up the majority and go hunting.
Another useful ability of the Traitor is the passage through the ventilation system. It is enough just to stand on any ventilation and press the Vent button. Then you can select the available room where you want to move.
But be careful! When you slip away or climb out, do not be seen by others. After all, only Imposter can enjoy the benefits of ventilation.

To kill a peacefully standing team member, get close to him until the Kill button lights up. Then immediately run away, climb into the hatch, or press the Report button to report the allegedly found corpse.

You can win a skating rink under the following circumstances:

when, according to the results of the vote, Imposter was sent into space;
when all team members have completed all tasks;
when the Traitor left the game or got kicked / banned.

At the same time, you are able to create your own public or closed room without any restrictions. They differ only in that only holders of a special code, which is displayed in the lobby at the bottom of the screen, can join you in a closed room. The public one is open to everyone.
If you are the owner of the room, you can customize the settings by clicking on the laptop in the lobby.
Available:

at the end of the game, show the Traitors – so that everyone knows who coped well with the role of the Imposter and did not sleep;
set the number of emergency meetings – the number allows one specific player to use the Emergency Meeting button N the number of times;
choose a break between meetings – so that no one spam on the red button every 5 seconds;
limit the time for discussion – so as not to wait 3 minutes for the start of voting;
manage the time for voting – again, to play, and not wait for those who left or simply cannot make a choice;
do not show players who voted for this or a specific person;
control the speed with which all characters will move;
select the view range of the Crew and Imposter;
set the kill cooldown – remember that the Traitor should not kill every 5 seconds or wait a whole minute;
control the distance of the kill – so that it does not work out so that you can be killed even at a distance of a kilometer;
turn visual tasks on or off – they help determine if Blue is really working or confusing everyone;
adjust the number of short, regular and long tasks – make sure that the players are not bored by completing 2-3 tasks, but do not overdo it, otherwise everyone will die without completing half.

In addition, you are given the opportunity to ban or exclude players. A very useful thing in the fight against inadequacy and cheat eram.

The message of Among Us is simple enough – work together and you will come to victory. The game is very addictive very quickly, especially when playing with friends on discord or in the same room.

But at the same time, Among As is striking in its complexity. To play beautifully for Imposter or Crew Member, you will have to invest a lot of effort, charisma and persuasiveness.

I recommend starting your acquaintance with the game from the mobile version. It is free and opens up the opportunity for friends to gather in a hut and have a lot of fun. Go through the tutorial and play a couple of skating rinks to figure out what’s what.

To succumb to the hype or not is your choice. But don’t judge the game if you haven’t played it. Make your own impression – and then you will not be like everyone else.