Injustice: Gods Among Us – Guide to Battles Against Energy Drainers 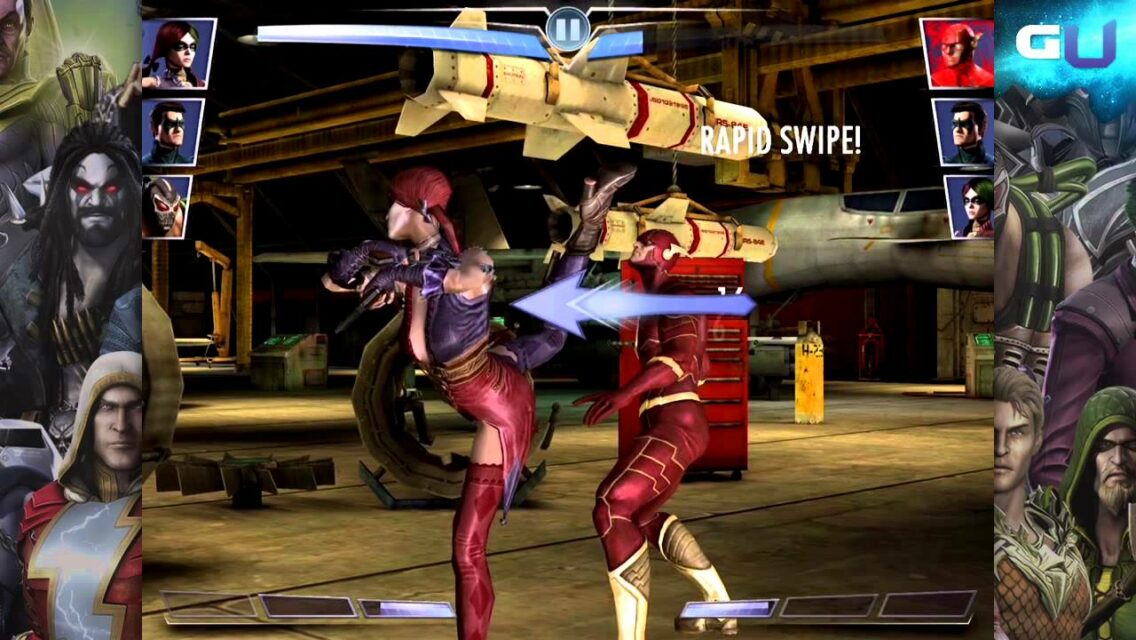 Hello, and thanks for tuning into GamerU, your home for the best tips and tricks for the hottest games. Today, we will be taking a look at Injustice: Gods Among Us for the iPad. • In this game, you are guaranteed to fight some powerful opponents whether it be online or in one of the games offline modes. One of the things that make these opponents so powerful are their special attacks. You have special attacks too so it is useful to know strategies to handle some of them. This particular strategy is on battles against characters with energy draining special attacks. • In case you don’t already know, some of the level 1 and 2 special attacks that characters have also have special effects with them. There are five main effects. They are poison, bleeding, frozen, stun and drain. While the other four effects are just as important, the draining special effect is particularly annoying. • The draining effect can be found in characters such as Lex Luthor, Nightwing, Black Adam, Green Arrow, Sinestro and Cyborg. Having this effect used against you while battling can throw off your whole battle plan as it drains away your special and keeps you from launching any high powered special attacks. • Luckily, there is a solution. • Since you know who you fight before you fight most of the time in Injustice, you are able to plan ahead before the battle. Thus, before you start the battle, choose a decoy. During the battle, you will use him to wear down your opponents and attack with level 1 specials. • You will keep attacking like this until your other two characters have built up their special meters for powerful attacks. At this point, wait until your energy draining opponent launches their draining attack. Once the attack passes, sub in one of your other fighters and hit your opponent with a devastating special attack. • When doing this, keep an eye out. One wrong move and you could throw a powered up fighter right into an energy draining attack, which is hard to recover from with the same strength. • Regardless, the use of a decoy can be extremely helpful when battling against energy drainers and can help you power up some strong attacks to get the win. And that’s all for today. Thanks for watching, and make sure to keep coming back to GamerU for the best tips and tricks for your favorite games.