Injustice: Gods Among Us – Guide to Top Characters to Get Early On 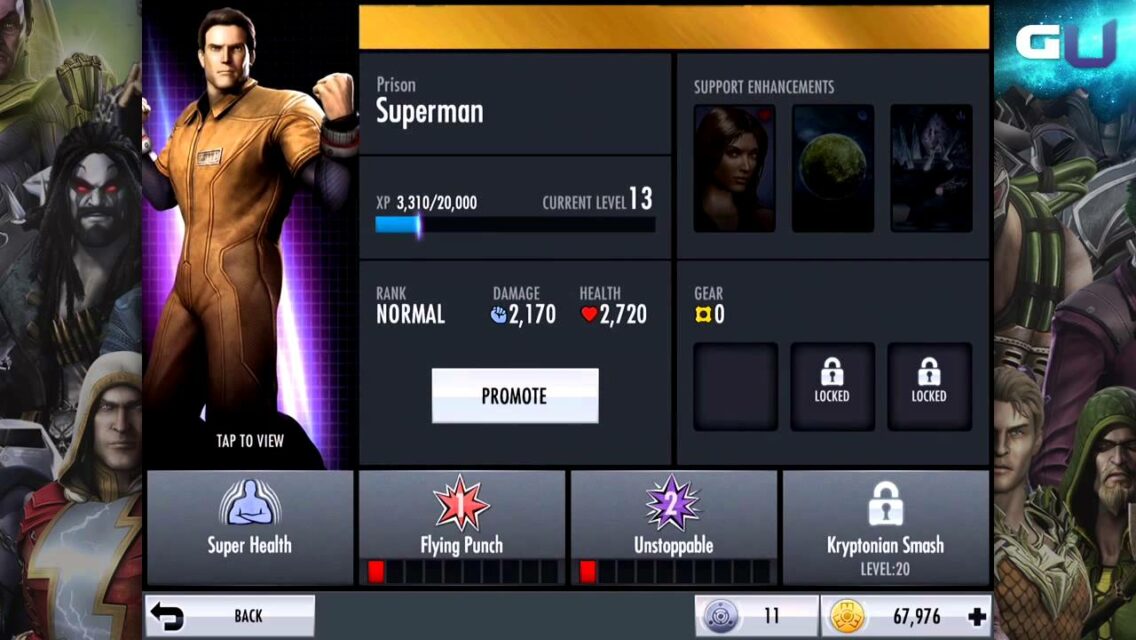 Hello, and thanks for tuning into GamerU, your home for the best tips and tricks for the hottest games. Today, we will be taking a look at Injustice: Gods Among Us for the iPad. • Injustice is like many fighting games. There are some characters that tend to be better regardless who uses them. This stands true early on in the game anyway. That’s why it is important to get these characters early on and use them to their fullest potential before stronger characters come along. • There are three main characters that it is useful to have as soon as you can get them. They are Insurgency Lex Luthor, Regime Nightwing and Prison Superman. • The first two I mentioned can be bought from the store. • When you first click on the “Store”, go to “Add Characters” as you have a much better chance of getting who you need here than in the booster packs. • Regime Nightwing can be found here, and he will cost you about 42,000 “Power Credits” which is about average for a silver tier character. • Insurgency Lex Luthor would normally be in here as well, but I recently acquired him so he is in my collection instead. Normally, he will cost you 46,000 “Power Credits”. • These two are useful additions to any team early on because of their first special ability. They both have the ability to drain the opponent’s power as they attack. This is especially useful as it keeps you attacking and limits your opponent’s attacks. • The last character that is useful to get early on is harder to acquire than the other two, but even more worth it. Prison Superman is a gold tier card that can help you to dominate opposing teams early on. Because of this strength, he is pretty useful for a while and can be more useful than the other two. • He is harder to get than the other two because you can only get him by linking the mobile and console versions of the game. You also have to beat the story mode on the console version before he is available in the mobile version. • Between these three characters, you can be a pretty devastating force early on in the game and help progress your game along. Don’t worry if you can’t get all of them. Lex Luthor and Nightwing are similar so you really only need one of them, and Prison Superman is useful early on, but harder to get. Even just one of them can change the balance in your favor. And that’s all for today. Thanks for watching, and make sure to keep coming back to GamerU for the best tips and tricks for your favorite games.