What is Among Us and why is it so wildly popular? 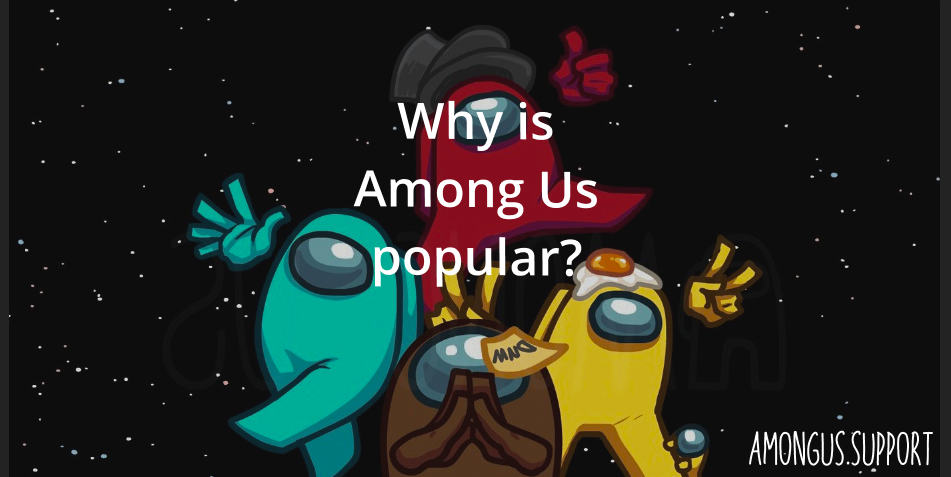 Among Us are the new Fall Guys and the good old mafia. We are talking about a nugget game that gathered dust for two years in the unclaimed category, and then gained a user base of 80 million players in a short time.

There is such a popular game called “Mafia”. No, not the one with Vito Scaletto, intrigue and crime, but the one with masks, cards and intuition. This classic game story regularly comes back to life in new waves of popularity. The text mafia, themed clubs where you can get together with a company, and now the spirit of the times has inspired us Among Us.

Surprisingly, the game released in 2018 was practically useless for two years. Although even then she tried to guess the trends of 2020: a simple form, online multiplayer, a competitive element, and the character design is very similar to Fall Guys.

Among Us is built on the classic civil versus mafia confrontation. The action takes place on a space liner, the team of which must calculate and throw the impostor into space. However, this is a well-deserved measure, because the embedded agent is very cunning. He can not only engage in sabotage, moving through the ventilation, but also mercilessly kill the passengers of the ship. As soon as a bona fide worker discovers a corpse, the crew members organize an assembly. It is there that an impromptu trial takes place, from which the guilty do not always suffer.

Why did this game suddenly hit the top of the charts? Indeed, at the time of the publication of the material, it loses on Steam only CS: GO, Dota 2 and PUBG. It seems to me that the main reason for the popularity of the game is at the same time the simplest – Among Us just waited until its time came. Also among its obvious advantages are the catchy game basis, cosmo setting and curious mechanics. For example, the team wins not only by calculating the traitor, but also by completing a certain number of tasks of varying difficulty.

Someone will have to conduct laboratory research, someone will have to shoot down asteroids, and someone… just pass the card through the validator. Also, civilians have the opportunity to arrange an emergency meeting, even if the next murder has not yet occurred. So you should be very careful and constantly look not only around, but also behind your comrades.

In addition, the character in Among Us can be customized. A few hats, costumes, and pets have not damaged a single video game yet. Plus you can choose the color of the astronaut costume. If you wish, you can easily become red, yellow, even black – this is now relevant.

One of the pluses is the speed of the game. On average, 10 players participate in a session, and rarely, when it lasts more than 10 minutes. In just half an hour, you will definitely have time to figure out most of the game’s intricacies and become a seasoned “old”. Again, very in the spirit of the times. If it takes less than a minute to watch one tiktok, why spend as much as ten on the “mafia”?

But this is only one side of the coin. In public games, you may not count on thoughtful and lengthy games, where a confrontation with a traitor is worthy of a confrontation between Sherlock and Moriarty. After the fatal phrase in the chat “I think it’s purple”, you can only guess if Fortune is on your side today. Will you spend another day in a warm spaceship or end up in the cold void of space? Crowd votes are sometimes distributed in the most bizarre way. The stability of the network component also suffers: sometimes it may seem that the gameplay consists in the phrase “Disconnect from server”.
However, this is not the main disadvantage of the game. It is very well described by the phrase from the storehouse of universal wisdom – reviews on Steam: “An interesting game, but the community is disgusting, mostly children from 8-9 years old.”

On public servers you will find yourself in a stream of people or, even better to say, “children”, half of whom are disconnected at the start due to dissatisfaction with the role that has fallen, and the other half are from that eternal breed that plays the first day and does not know which button click to walk. Somewhere between these two halves are the very people with whom you will remember the games for a long time.

If this did not scare you off, then feel free to go into unfriendly space with Among Us, because the pleasure from the sharp turns of this simple game is guaranteed even to the fussy. And if you collect a cozy lamp “party” of 10 people on a private server, I’m sure the game will open up in front of you from a completely different side.