Among us how to be imposter 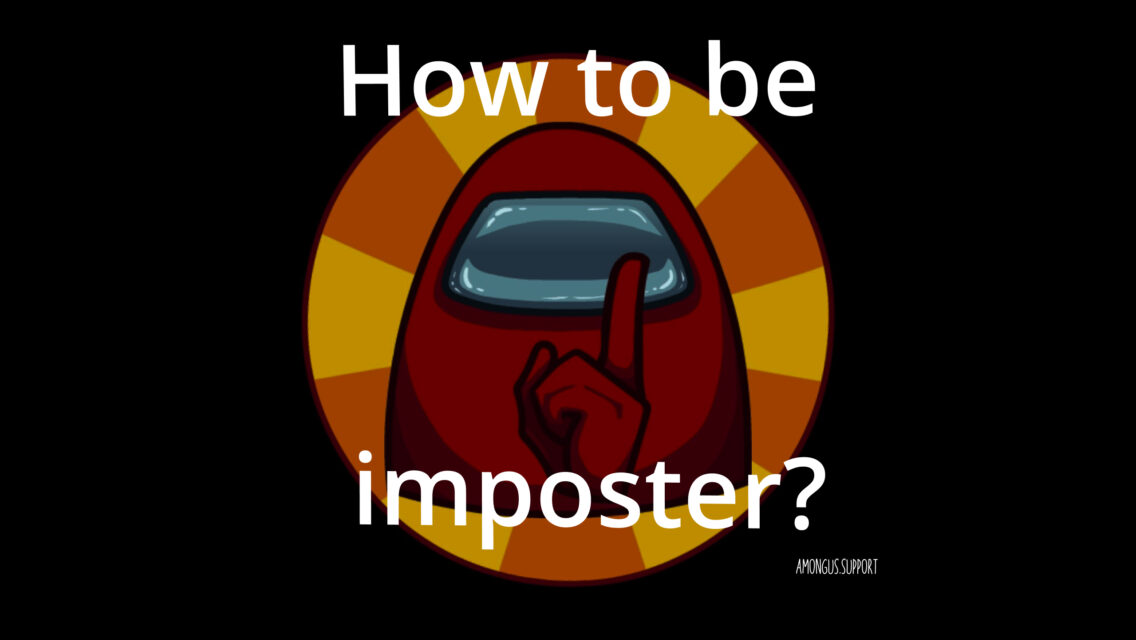 Among Us is a fun game that a lot of people are playing right now. But just playing is not enough – you also want to win, especially when playing as a traitor (imposter). We tell you about the chips that will help you to replay and destroy the hapless crew without cheats for Among As and SMS.

The most obvious, but also the most effective advice that will help you better play not only Among As, but all games in principle. The main thing is not to mindlessly play tens and hundreds of hours, but to pay attention to how other players behave – for this you will have to follow the process, even if you have become a ghost.

During the game, it is important to remember the main mechanics of Among As – crew tasks. Traitors must know what is where, how long it takes, and whether the quests have any special features. This will come in handy during meetings – you can always come up with a convincing alibi (“Yes, I took the wrong mouse in the maze a couple of times, so I stood longer than usual”) or go on the offensive and blame a peaceful person who might get confused in assignments.

It is also important to know the quest interface. Performing some tasks, a civilian hardly sees what is happening next to him:
Performing others – sees. This is useful in situations when another player is hanging out next to the one performing the task: you can take a risk and quietly kill the “extra”, and then run away.
Plus, if you don’t play enough of the peaceful games, you won’t feel their limited vision when the lights are off. This is another important point abused by good imposters among Among Us.

Don’t rush to kill at the very beginning

If you are not 100% sure, then do not rush and kill your first victim immediately after the ability cooldown. Too often, imposters are scorching at this: they only see the victim and the decreasing timer of the kill button, not paying attention to what is happening around.

Also at the start, you should avoid double kills in one place with the help of a partner. In most cases, the risk is simply not worth it – if you get burned, it means a drained skating rink in Among As.

The best killing spots are those that have no quest or are very rare. In this regard, for example, the warehouse and dropship on the Mira map are good.

But there will be enough quiet nooks on any map – the main thing is to watch or lure the victim into them.

If your partner was burned, then you should not defend him to the last

If you love – let go, and if your partner-imposter was caught in an obvious pale, then you should not defend him or vote for someone else.

Bonus advice from the same series: if you play as a traitor and have been voted against, then as a ghost, do not use sabotage just like that. You have no opportunity to communicate with your partner, so by a sudden shutdown of the light or the reactor, you can interfere with the plans of the traitor.

Hatches (vents) are an important part of the gameplay for a traitor in Among Us, but you shouldn’t use them too often.

Firstly, you can be seen corny, and if before that there were only some suspicions, then with such a palette you will probably be thrown into open space.

Secondly, Among Us has bugs. It will be a shame to lose the game because of this. The most common bugs are animation playing in the fog of war and the buggy display of the imposter in the hatch (if you sit in the hatch and don’t lean out, because of the bug, civilians can sometimes see you anyway).

And thirdly, the active use of hatches is easy to burn, especially in a game with friends who communicate by voice: if 10 seconds before the start of the meeting, one peaceful person saw you at the right end of the map, and the other, just before the voting, saw you already on the left – the conclusion will be not difficult.